March 11, 2021 | HARRISBURG, Pa. – Breakfast on-the-go? You got it! Gluten-free meals with all the sides? Simple! Healthy snacks for you and the kids? You’re covered! Easy smaller meals? Check! Meatless Monday? BOOM! Dessert without the guilt? Easy as pie. Dinner with international flair? Done!

Is this some kind of dream world? Nope! All this and so much more can be found on a trip down the frozen food aisle.

No matter how you’re choosing to eat, frozen foods have you covered. According to the National Frozen & Refrigerated Foods Association (NFRA), manufacturers are innovating to align their products with today’s consumer dining habits and health trends.

The conference begins at 3:00 ET on April 19 and presentations will span the next two days. On Monday, David Portalatin, Senior VP, Food Industry Analyst for NPD Group will provide a look at consumer eating behaviors in the U.S. Colin Stewart, EVP, Business Intelligence for Acosta Sales & Marketing will discuss how post Covid-19 consumer buying behaviors impact retail and CPG.

On Tuesday, Rusty Wilson, CFA, Senior Research Analyst and Partner for Cleveland Research Company will share an overview of key food retail themes and forecasts, and what to expect in 2021 and beyond. John Dick, Founder and CEO of CivicScience will look at the Covid-borne consumer trends that are here to stay. Seth Dallaire, Chief Revenue Officer for Instacart will discuss the last mile and retail and CPG solutions. In addition, Rebecca Lupfer, The GIANT Company, will provide insight into the company’s key frozen and dairy department strategies.

On Wednesday, Kyle Chamberlin, Senior Account Manager for Datassential will share food and flavor trends that should have your attention. The conference closes with Kevin Coupe, Morning News Beat, offering thoughts on what happens when the pandemic-era market defrosts and then facilitating a roundtable discussion that digs deeper into the unique circumstances the industry will face going forward.

Session content and the ability to interact with speakers will only be available to those registered. The cost is $129 for NFRA members, $250 for non-members and retailers/wholesalers are complimentary. Register on the conference website at www.NFRAExecutiveConference.org. 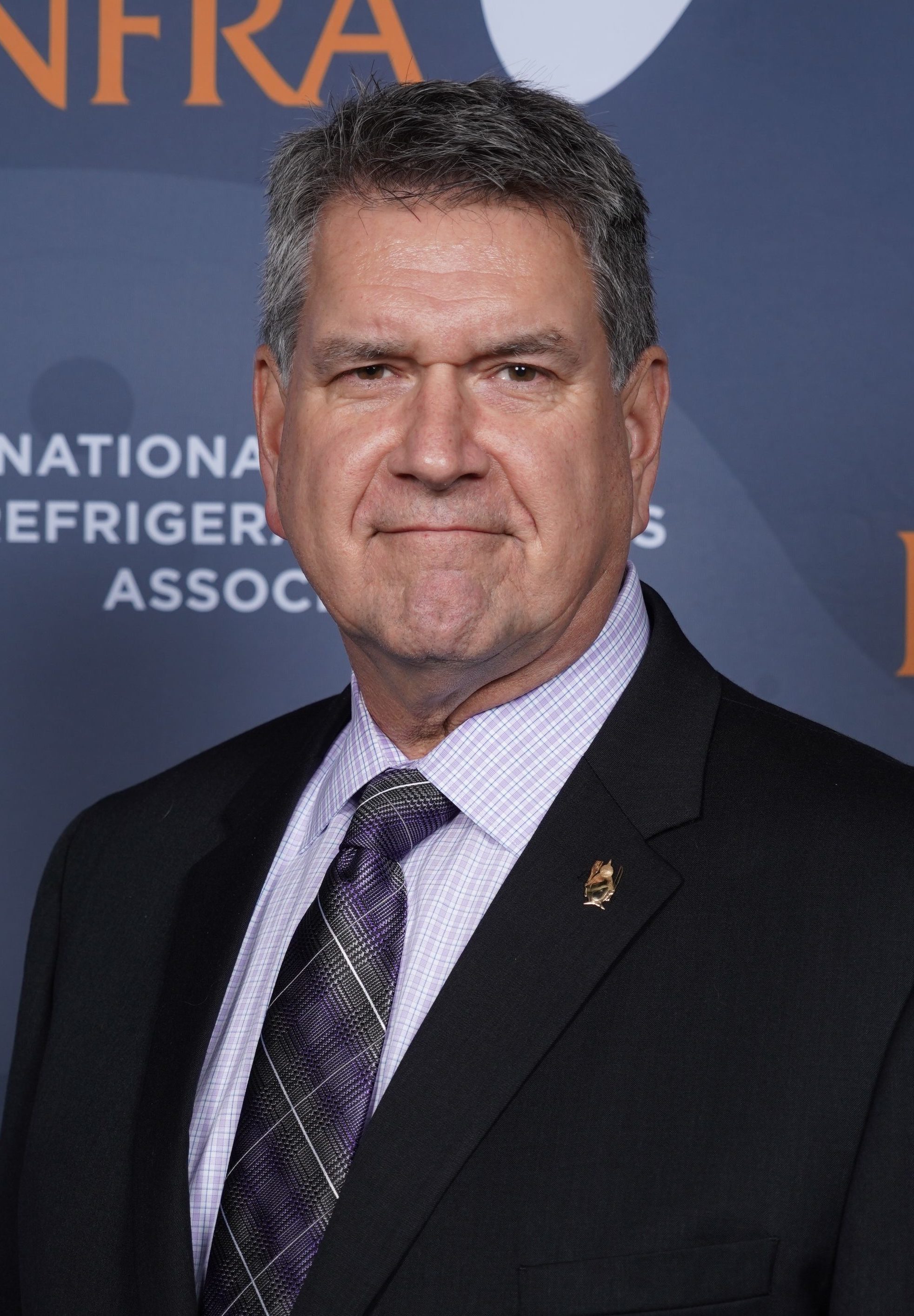 December 11, 2020 | HARRISBURG, Pa. — The National Frozen & Refrigerated Foods Association (NFRA) has announced the appointment of Jeff Rumachik as president and CEO of the organization effective January 1, 2021. Rumachik will take over the position following the retirement of H.V. “Skip” Shaw, Jr. after 36 years of service to the association.

Rumachik joined the organization in 2009 as senior vice president. He was promoted to executive vice president and COO in 2012 working closely with Shaw in all aspects of leading the association and executing its mission to promote the sales and consumption of frozen and refrigerated foods.

Rumachik’s background includes over 45 years of experience in the food industry. He was formerly Vice President, Wholesaler and Member Services for the Food Marketing Institute (FMI) in Chicago. At FMI, he was responsible for providing the overall strategic direction for the wholesaler member segment and managing the staff and resources of the member services function.

Rumachik’s career path has taken him through all levels of store management in both medium and high-volume retail food stores. He has also worked in supervisory and advisory roles with wholesalers, independently owned supermarkets and chain stores of various formats. Prior to joining FMI, in 1991, Rumachik was Instructor of Supermarket Management Training with SUPERVALU. 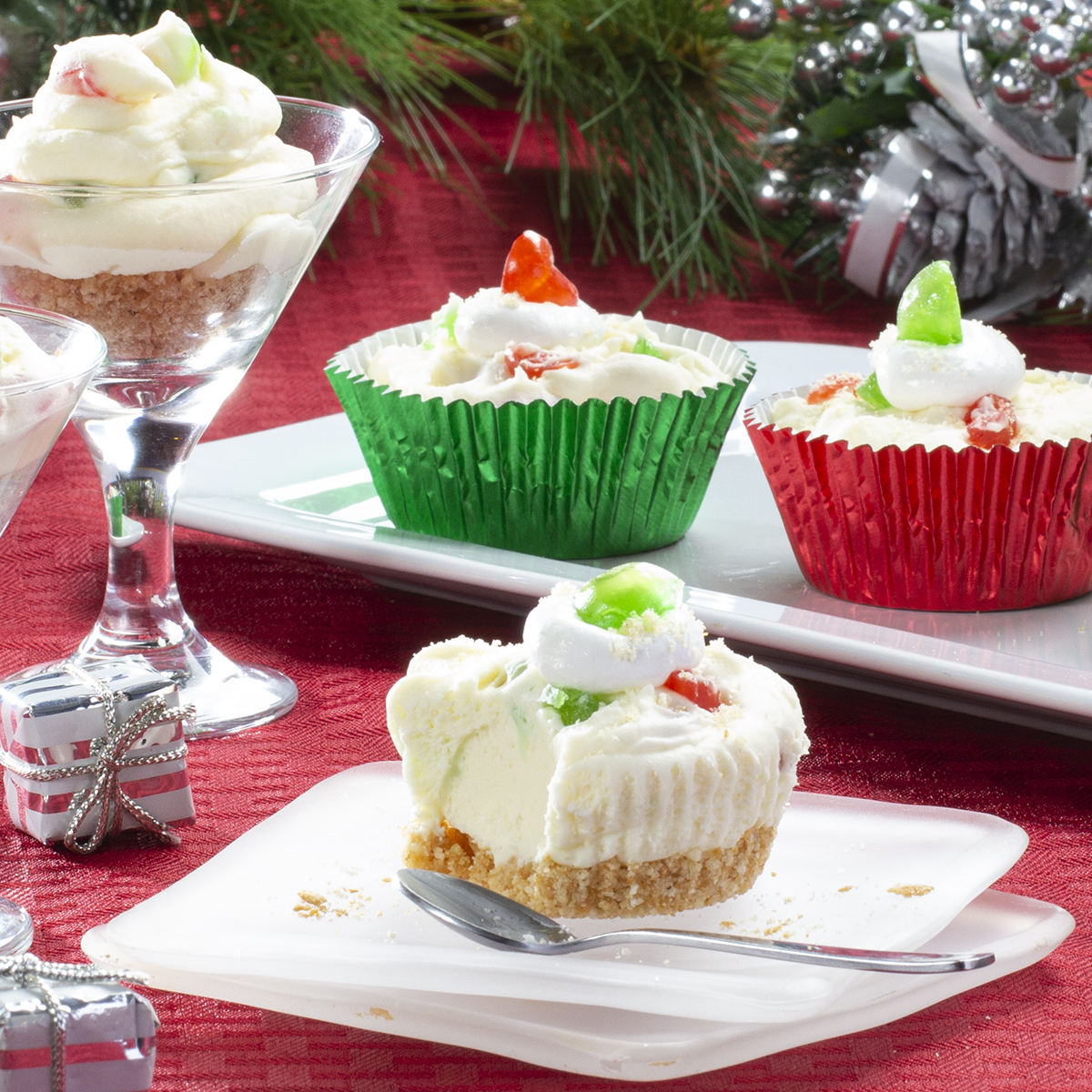 Let the Freezer and Dairy Aisles Help You Celebrate Small…But in Style!

December 10, 2020 | HARRISBURG, Pa. /PRNewswire/ — The holidays may look quite different this year– thanks to COVID-19. That doesn’t mean we can’t continue holiday traditions and celebrate the season with close family members and great food.

The National Frozen & Refrigerated Foods Association (NFRA) has some terrific ideas for attending or hosting small holiday gatherings. The key – let’s all do it safely with these entertaining tips and food serving ideas. 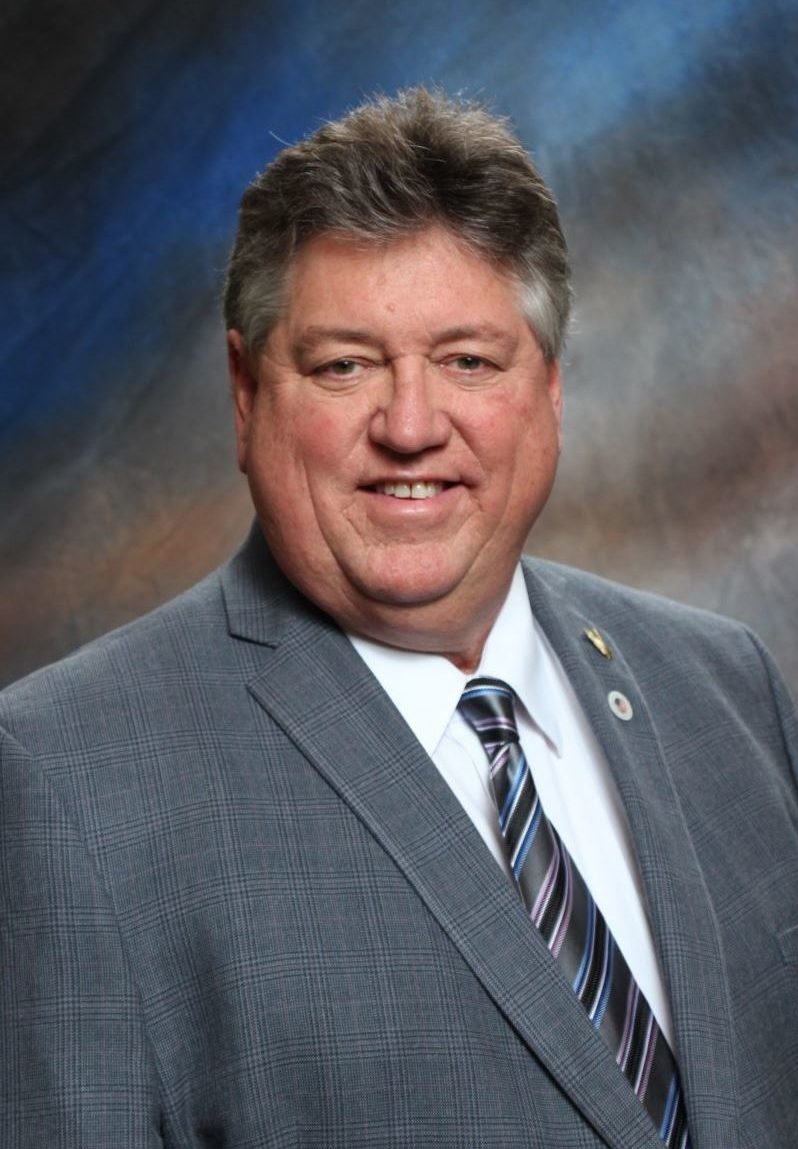 Joe D’Alberto, Director Dairy/Frozen, Harris Teeter Team, Acosta Sales & Marketing,has been elected to serve a second term as Chairman of the Board. D’Alberto has served on the Board of Directors since 2006. He served as Convention Chairman from 2012-2017, as Secretary from 2017-2018 and Chairman-Elect from 2018-2019. D’Alberto is also a member of the Honorable Order of Golden Penguins and Distinguished Order of Zerocrats. 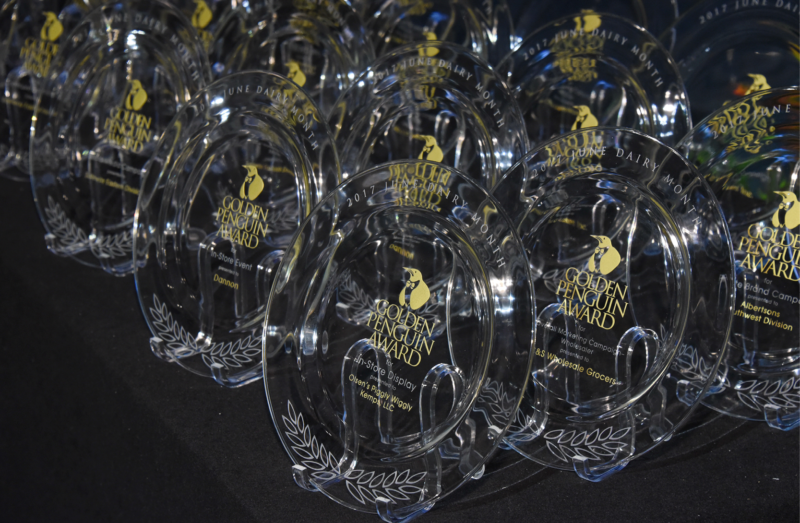 The Golden Penguin Awards provide an opportunity for companies to be nationally recognized for excellence in merchandising and marketing frozen and refrigerated foods. A special video recognizing the Gold winners will be posted to the NFRA Virtual Convention platform, and the Top Marketer awards will be announced via video on Monday, October 19, 2020. Silver awards are typically presented at the local level at appropriate frozen and refrigerated food association meetings.

Retailers, wholesalers, manufacturers, sales agents and associations of any size (retail and military) could enter any category applicable to their business. Entries were judged on their own merit taking into consideration organization size and/or program budget.

July 15, 2020 | HARRISBURG, Pa. – The National Frozen & Refrigerated Foods Association (NFRA) has announced the winners of the Golden Penguin Awards for its 2020 March Frozen Food Month promotion. While many companies had to modify their March Frozen Food Month plans, NFRA recognized the outstanding efforts of the industry during an uncertain time to ensure consumers were able to stock up on freezer aisle essentials. In recognition of those efforts, NFRA has awarded 25 Gold Awards and 37 Silver Awards. See the complete list of winners.

The Golden Penguin Awards provide an opportunity for companies to be nationally recognized for excellence in merchandising and marketing frozen and refrigerated foods. The Gold winners will be recognized during the virtual NFRA Convention in October. In addition, the highest scoring entry in each of the Overall Marketing Campaign sub-categories will be revealed as Top Marketers. Silver awards are typically presented at the local level at appropriate frozen food association meetings.

Retailers, wholesalers, manufacturers, sales agents and associations of any size (retail and military) could enter any category applicable to their business. Entries were judged on their own merit taking into consideration organization size and/or program budget. Companies can participate in the Golden Penguin competition for NFRA’s other promotions for June Dairy Month and Ice Cream & Novelties. 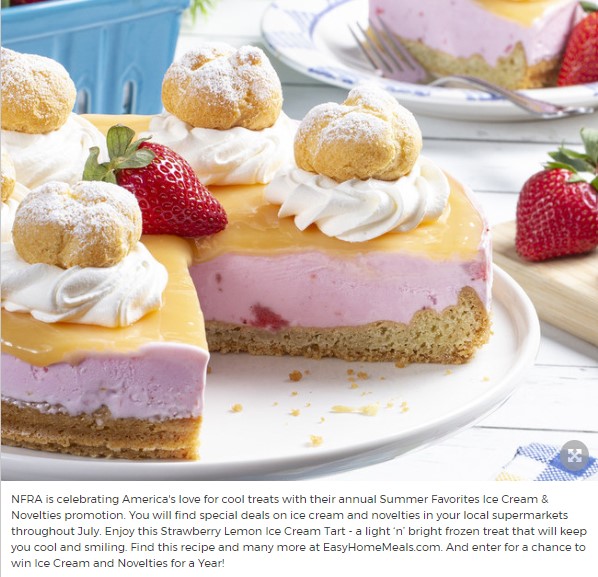 July 9, 2020 | HARRISBURG, Pa. /PRNewswire/ — Americans really love ice cream. On average they enjoy a whopping 48 pints of ice cream per person, per year. Ninety-eight percent of all U.S. households purchase ice cream. About 1.4 billion gallons of ice cream and related frozen desserts were produced in the U.S. in 2017 (most recent data). Ice cream is an $11 billion industry that supports 26,000 direct jobs and generates $1.6 billion in direct wages.* 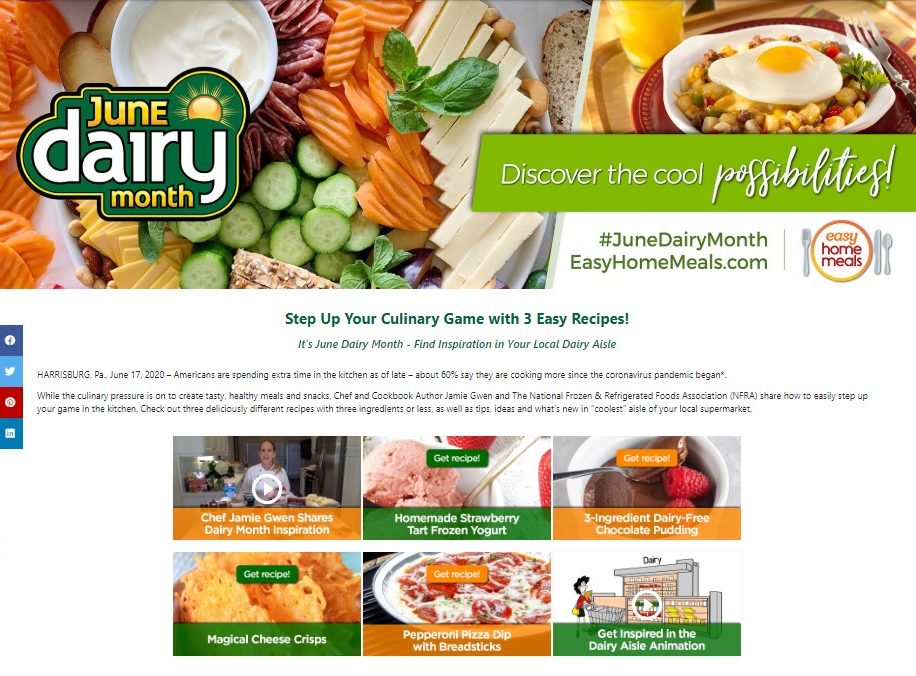 June 17, 2020 | HARRISBURG, Pa. — Americans are spending extra time in the kitchen as of late – about 60% say they are cooking more since the coronavirus pandemic began*.

While the culinary pressure is on to create tasty, healthy meals and snacks, Chef and Cookbook Author Jamie Gwen and The National Frozen & Refrigerated Foods Association (NFRA) share how to easily step up your game in the kitchen. Check out three deliciously different recipes with three ingredients or less, as well as tips, ideas and what’s new in “coolest” aisle of your local supermarket.

June 1, 2020 | HARRISBURG, Pa. – In light of the ongoing uncertainty surrounding the COVID-19 pandemic, the National Frozen & Refrigerated Foods Association (NFRA) has announced it will transition the 2020 NFRA Convention to a virtual format over the same dates, October 19-20, 2020. This premier event for the frozen and refrigerated foods industry, will continue to be a platform for industry executives to discover new products, connect with business partners and grow their business.

“With more flexibility, lower registration fees and no travel expenses, we hope to maximize participation with a new virtual format while providing the same excellence in programming, the latest information on what is happening in our industry and new opportunities for conducting business and networking,” stated NFRA President and CEO Skip Shaw.

Registration and hotel fees for the in-person event are being refunded. NFRA is finalizing details on the new agenda and online delivery platform. More information and registration for the virtual event will be available in the coming weeks.

“While the current environment has forced us to modify our delivery, we look forward to providing an NFRA Convention experience that meets the needs of the industry and that no one will want to miss,” says Shaw.