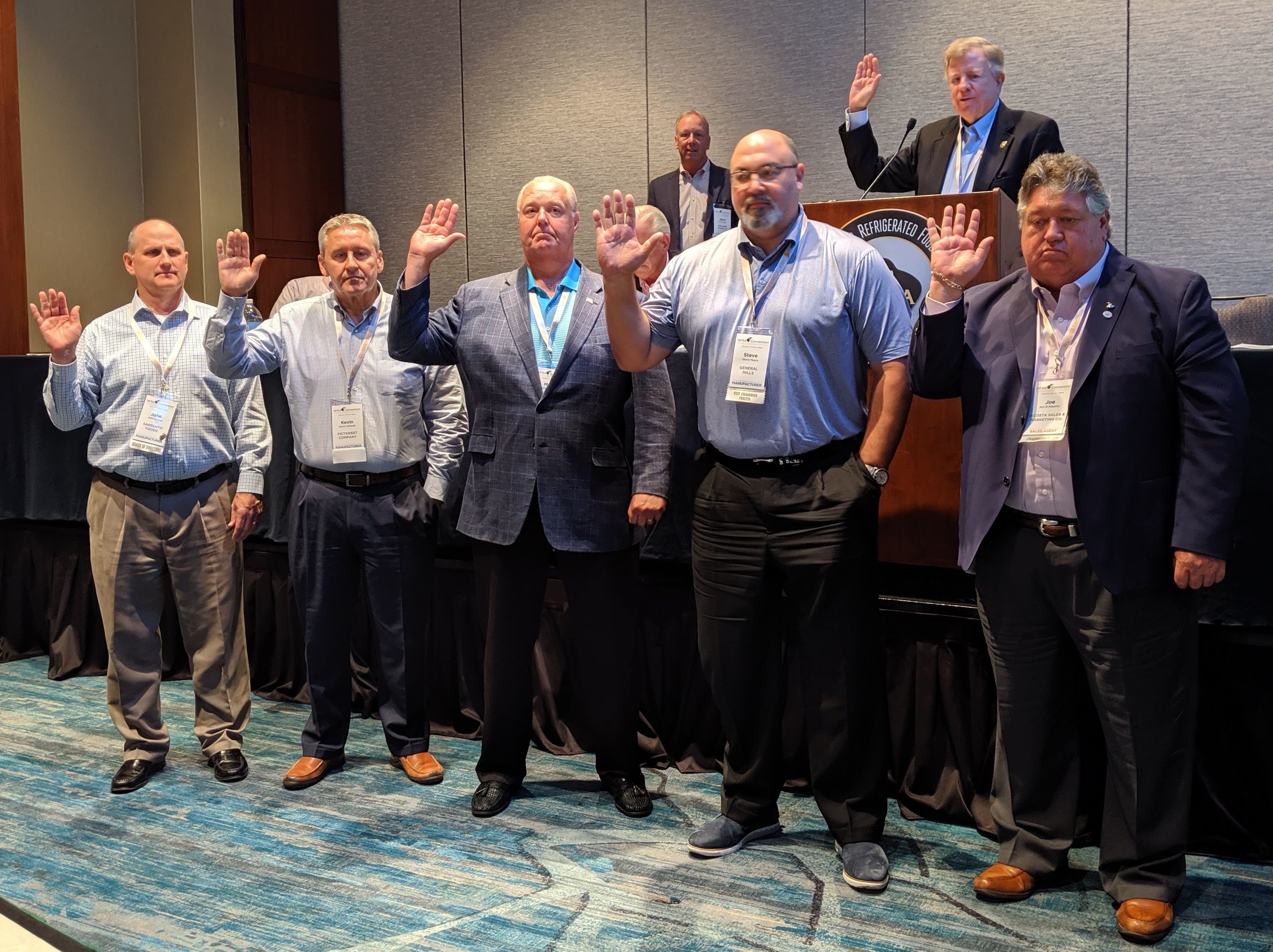 October 24, 2019 | HARRISBURG, Pa. – The National Frozen & Refrigerated Foods Association (NFRA) elected its Association Officers and Members of the Board of Directors for 2019-2020 at its Annual Membership Meeting and Luncheon held October 14, 2019 in Orlando, Fla. The membership meeting was held during the National Frozen & Refrigerated Foods Convention at the World Center Marriott.

Joe D’Alberto, Director Dairy/Frozen, Harris Teeter Team, Acosta Sales & Marketing,has been elected as Chairman of the Board. D’Alberto has served on the Board of Directors since 2006. He served as Convention Chairman from 2012-2017, as Secretary from 2017-2018 and Chairman-Elect from 2018-2019. D’Alberto is also a member of the Honorable Order of Golden Penguins and Distinguished Order of Zerocrats.