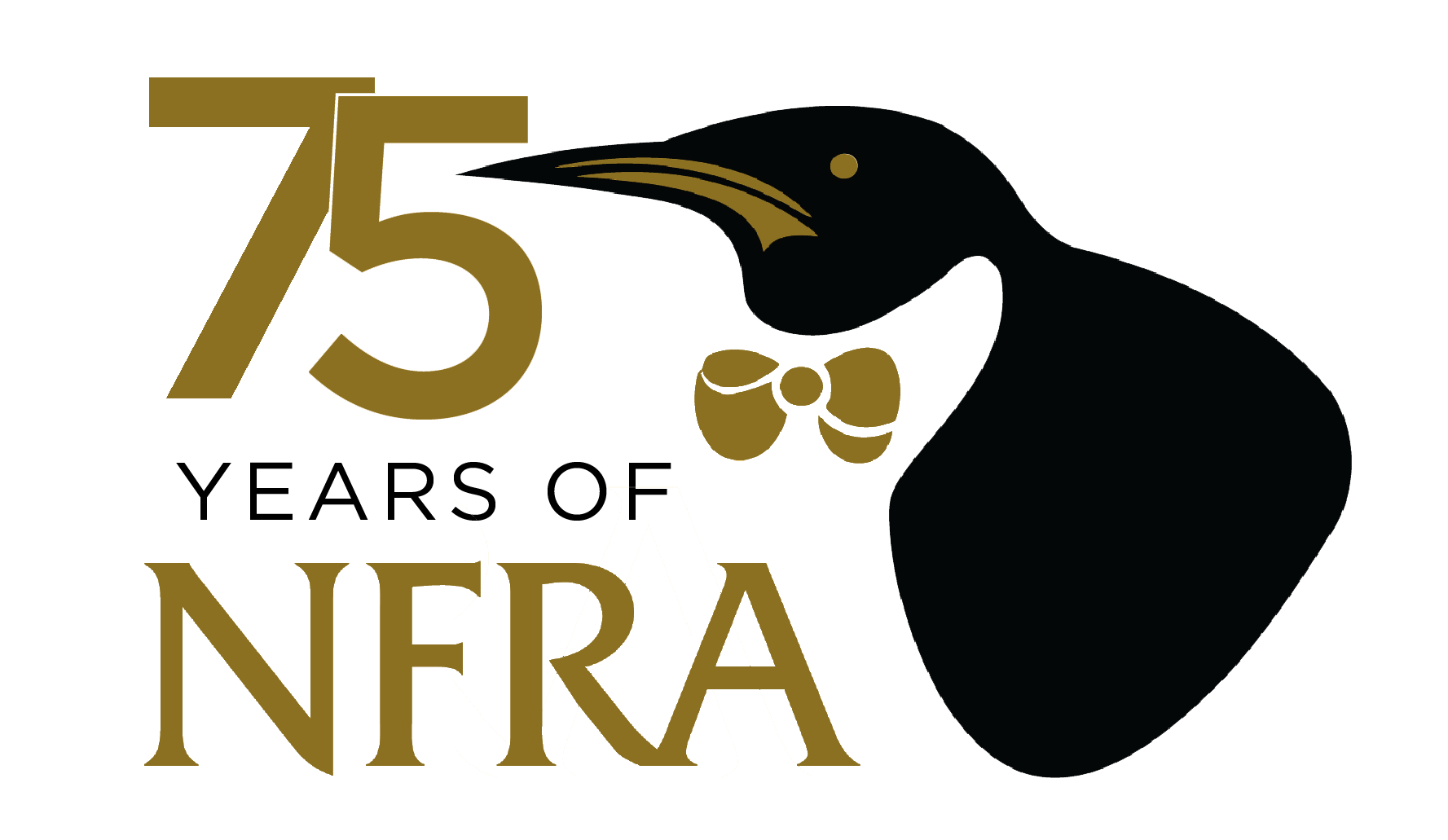 January 24, 2020 | HARRISBURG, Pa. – In 2020, the National Frozen & Refrigerated Foods Association (NFRA) is celebrating 75 years of promoting the sales and consumption of frozen and refrigerated foods and providing a forum for industry dialogue and networking. This special anniversary is being noted with a commemorative 75th anniversary logo, and the Association is holding special activities throughout the year culminating with an all-industry celebration at the NFRA Convention in October at the Gaylord National Harbor.

NFRA was founded in 1945 as “The National Wholesale Frozen Food Distributors.” At a meeting in New York City’s Yale Club, 42 representatives of 36 distributing firms chartered the organization under the leadership of Burton Prince of New Haven, Connecticut. The purpose of the new Association was to give the distributors a “single voice” with which to deal with the government and other segments of the frozen food industry on issues of concern to the wholesale distributors.

“Though the Association has changed in many ways since our formative years, the purpose of NFRA as the organization that brings the industry together to do business and is the collective consumer voice of the frozen and refrigerated foods industry remains true today,” says NFRA President and CEO Skip Shaw.

A major milestone was achieved in 1984 with the launch of the first March National Frozen Food Month promotion led by Murray Lender of Lender’s Bagels and Ron Lunde of Super Valu. Thirty-six years later, Frozen Food Month is one of the longest running and most successful promotions in the food industry.

In 2001, the refrigerated dairy foods department was incorporated into the Association because of its similarities to frozen in the retail market, and the Association was renamed the National Frozen & Refrigerated Foods Association to recognize its broadened membership. NFRA sponsored its first June Dairy Month in 2003 modeled after the successful Frozen Food Month promotion.

NFRA launched its year-long consumer PR campaigns Real Food. Frozen and Dairy…and Beyond in 2013. Through its Easy Home Meals consumer digital and social channels, the Association speaks on behalf of the industry to thousands of consumers every day.

“The frozen and dairy aisles are essential and influential departments of the store,” says Shaw. “Through years of innovation and adapting to changing consumer habits and preferences, our products offer something for every lifestyle and dietary need. We’re proud that our PR campaigns spread that message to millions of consumers every year, and proud in particular that our efforts to change the conversation and perceptions of frozen foods over the last five years have played a role in the resurgence and positive growth of the frozen food category.”

Today, NFRA has grown to over 400 corporate members from every segment of the industry. These trading partners meet every October at the NFRA Convention for the best “working” meeting focused on conducting business and growing the industry.