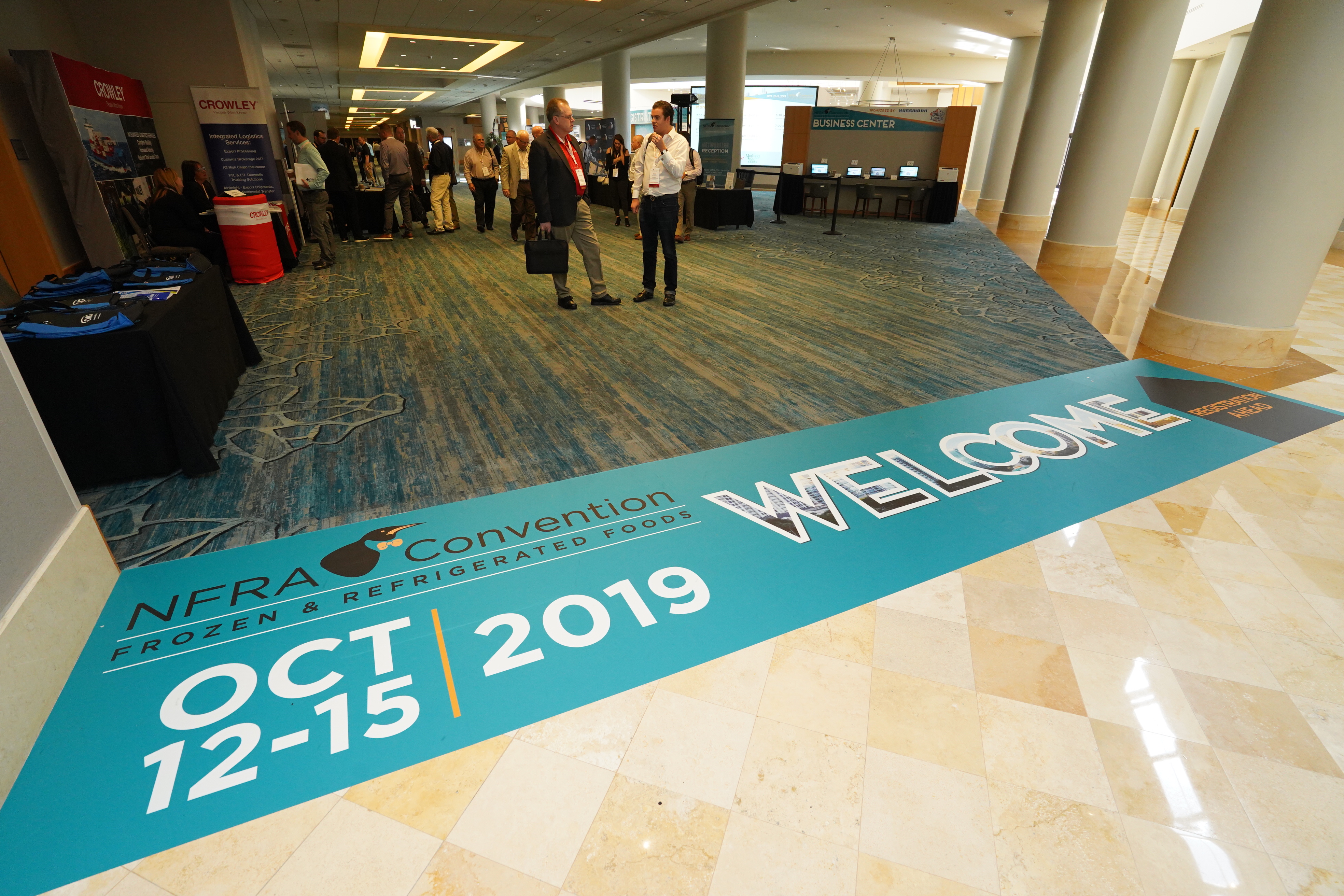 October 29, 2019 | HARRISBURG, Pa. – The 2019 National Frozen & Refrigerated Foods Convention set its highest participation record since 1994 with over 1,350 total attendees who held an estimated 3,000 business appointments with leading retailers. The event held on October 12-15, 2019, at the World Center Marriott, Orlando, Fla. and hosted by the National Frozen & Refrigerated Foods Association (NFRA), was designed to bring together leading companies from every segment of the industry in one venue to efficiently and effectively conduct the maximum amount of business in the least amount of time.

Ninety-eight retailers booked meeting rooms to hold customer business appointments. According to a survey of convention attendees, over 65% of retailer participants held more than 20 appointments lasting at least 30 minutes each throughout the event. In addition, some retailers participated in 6-minute speed meetings to accommodate new members and smaller manufacturers who may have difficulty getting regular appointments. Twenty-two retailers set aside time for speed meetings with 100 manufacturers creating an additional 500 meeting slots, a 12% increase over 2018.

From beginning to end, the convention was structured to help attendees make valuable connections. The opening Taste of Excellence Reception on Sunday, October 13, featured 51 manufacturers, including 10 new NFRA member companies, showcasing over 115 of the latest frozen and refrigerated food products.

The 2020 NFRA Convention is set for October 17-20 at the Gaylord National, National Harbor, Md. Registration for the event opens March 1, 2020. For more information, visit NFRAConvention.org.