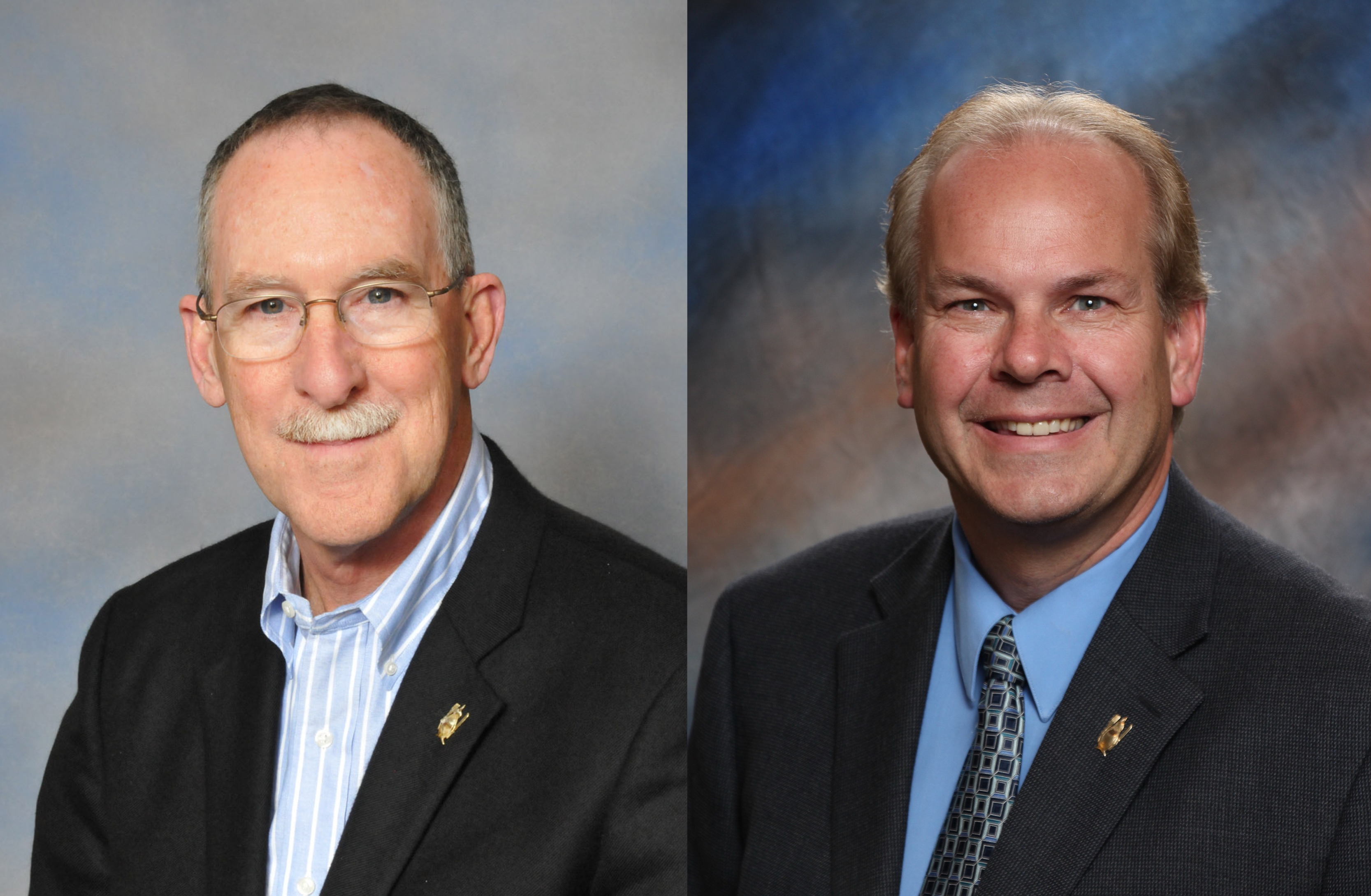 Harrisburg, Pa. – The National Frozen & Refrigerated Foods Association (NFRA) established the Refrigerated Food Hall of Fame in 2010 to honor individuals for the contributions they have made and the leadership they have provided to the Refrigerated Food Industry. John Larsen, Sr. Director of Space Planning for Albertsons Companies and Jeff Thomas, retired Vice President of Sales for Crystal Farms division of Michael Foods, will be the recipients of this year’s prestigious award.

John Larsen began working at Stock Market Foods/Thriftway as a Grocery Manager in 1984 while he also graduated with a B.A. in Business Administration with an emphasis in Marketing from Washington State University. He was promoted to Store Director in 1987, and by 1995 was working as the Promotional Buyer/Advertising Director. In 1997, Larsen joined Quality Food Centers, Inc. in Bellevue, Wash. (A Kroger Company) as a Category Manager. He joined Safeway in 1998 where he was Category Manager in the Seattle Division. Larsen then moved to the Portland Division as Sales Manager and completed the USC Food Industry Management Program in 2002. Prior to the merger of Safeway and Albertsons, Larsen held the role of Vice President of Dairy, Refrigerated in the corporate marketing department at Safeway in Pleasanton, Calif. In his current role, Larsen manages the Space Planning of all of Albertsons 2,400 stores and manages a team of over 50 people corporately, and 120 people across the divisions. His responsibilities include premium store resets, remerchandising of the stores and store remodels. Larsen began serving on the NFRA Board of Directors in 2005. He served on the NFRA Board of Directors as Vice Chairman of Refrigerated in 2009. Larsen served as Chairman-Elect in 2011 and as Chairman for two terms in 2012 and 2013. He is a member of the Distinguished Order of Zerocrats and Honorable Order of Golden Penguins.

Jeff Thomas spent a lifetime around frozen and refrigerated foods with his grandfather, Carl, and parents, Robert and Rosalyn, owning and working for a local food brokerage. Thomas attended the University of Buffalo and then served three years in the United States Military, including a tour in Vietnam. After returning, he began his career in the food business as a driver for Byrne Dairy in upstate New York. Thomas then joined the family business as a salesman for Reith, Hogan & Hamer food brokerage. He entered the frozen food business with his first position at Seneca Foods and later at Sara Lee. In 1989, Thomas took a role with Michael Foods to launch the Simply Potatoes refrigerated line—the first of its kind in the dairy case and still one of the company’s leading brands. Over the following 25 years, he worked with his team and the whole Michael Foods organization to grow the company from its formation in 1987 into a multi-billion-dollar manufacturer of foodservice, food ingredient, and retail offerings. Thomas retired from Michael Foods in 2014, but currently use his skills as a logistics volunteer for ICA Foodshelf, where he stocks and maintains inventories of foods to serve the needy. Thomas began serving on the NFRA Board of Directors in 2003. He served as Vice Chairman of Refrigerated from 2005 – 2008. He rose through the Officer positions becoming Chairman in 2011. Thomas became of member of the Honorable Order of Golden Penguins in 2006.

The Hall of Fame induction ceremony will be held at the National Frozen & Refrigerated Foods Convention during the Membership Luncheon on Monday, October 14, 2019, at the World Center Marriott in Orlando, Fla.