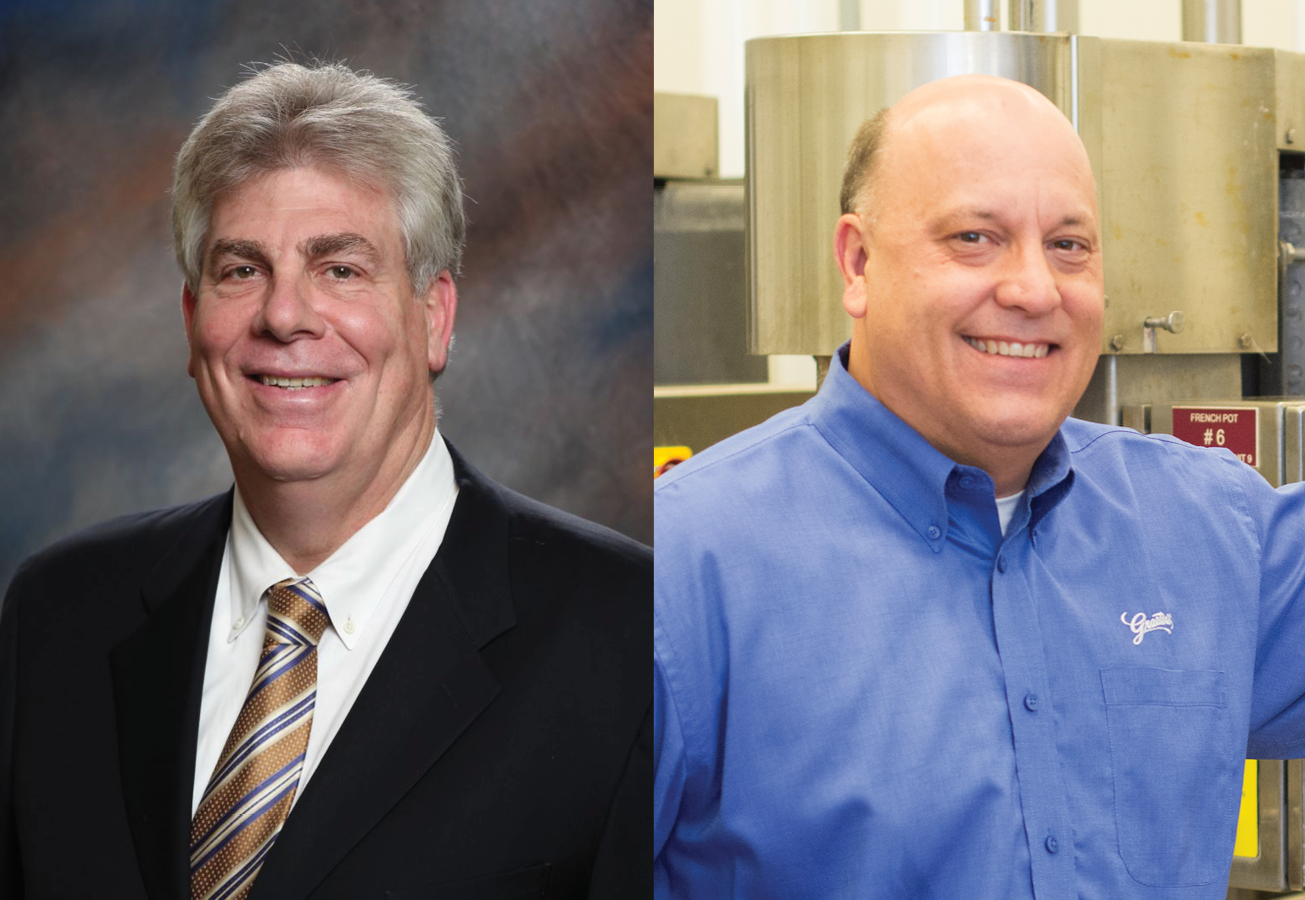 HARRISBURG, Pa. – The National Frozen & Refrigerated Foods Association (NFRA) and the American Frozen Food Institute (AFFI) are pleased to announce that the Distinguished Order of Zerocrats have inducted two food industry leaders into the 2021 Frozen Food Hall of Fame.

As part of the fourth generation of the Graeter’s Ice Cream legacy, Richard Graeter has been CEO of the company since 2007. His dedication to the artisanal French Pot ice cream making tradition, now used only by Graeter’s, has grown the company significantly by opening stores throughout the Midwest and expanding distribution to grocery stores across the United States. In 2010, Graeter’s opened a new manufacturing plant that was named by Dairy Foods Magazine as its Plant of the Year in 2011. Richard’s leadership has led him to being named an Ernst and Young Entrepreneur of the Year in 2014 and being inducted into the Specialty Food Association’s Hall of Fame in 2020.

Ray Tarnowski entered the frozen food industry in 1979 when he joined Philadelphia Warehousing & Cold Storage. After five years with the company, he was named President. After a noteworthy 41-year career at Philadelphia Warehousing & Cold Storage, Ray retired in 2020. Upon retirement, he successfully managed the sale of the facility, which was the oldest frozen food warehouse in the U.S. at the time. Over his career, Ray served in many leadership roles, including the World Food Logistics Organization and Global Cold Chain Alliance. Ray served as Treasurer of NFRA for 20 years. He is a member of the Distinguished Order of Zerocrats and the Honorable Order of Golden Penguins.

The induction ceremony will take place at the 2022 NFRA Convention, October 15-18 in Orlando, Fla.

The Frozen Food Hall of Fame was established in 1990 by the Distinguished Order of Zerocrats, an organization of industry members whose purpose is to maintain the tradition of promoting the image and advancement of the frozen food industry. These members nominate and vote on the newest inductees, whose dedication and hard work have greatly benefited the industry. A special industry-wide ceremony honors the imagination and innovation that have ensured the continued growth and success of the frozen food industry.