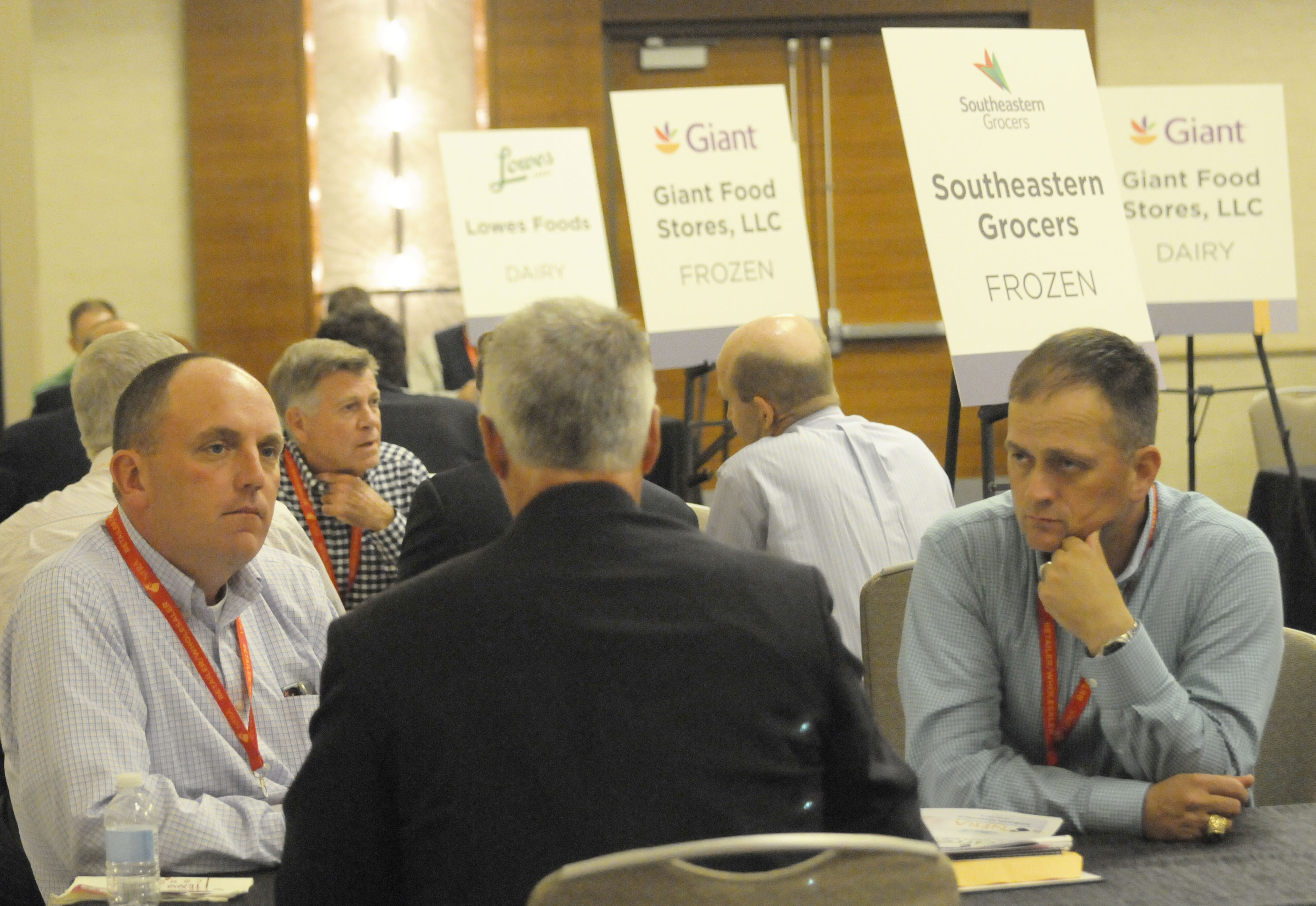 HARRISBURG, Pa. – The 2018 National Frozen & Refrigerated Foods Convention set a participation record with over 1,260 total attendees who held an estimated 2,200 business appointments with leading retailers. The event held on October 20-23, 2018, at the Marriott Marquis San Diego, San Diego, Calif. and hosted by the National Frozen & Refrigerated Foods Association (NFRA), was designed to bring together leading companies from every segment of the industry in one venue to efficiently and effectively conduct the maximum amount of business in the least amount of time.

From beginning to end, the convention was structured to help attendees make valuable connections. The opening Taste of Excellence Reception on Sunday, October 20, included 53 manufacturers, including 10 new NFRA member companies, showcasing over 170 of the latest frozen and refrigerated food products.

The convention also served as a platform for recognizing NFRA leaders and award recipients. The Annual Membership Luncheon on October 21 included the induction of NFRA’s new officers and directors. Dave Jones, VP Industry Initiatives, Kellogg Company, was elected as Chairman of the Board. Mr. Jones also led a panel discussion with students from St. Joseph’s University food marketing program sharing their thoughts and shopping habits related to the frozen and refrigerated categories.

The convention closed with a luncheon that included the presentation of Frozen & Refrigerated Buyer magazine’s Retail Patriot Awards honoring those companies that have gone above and beyond in support of our active and retired military and their families. Kroger and SpartanNash were both recognized as Retail Patriots.

The 2019 NFRA Convention is set for October 12-15 at the Orlando World Center Marriott, Orlando, Fla. Registration for the event opens March 1, 2019. For more information, visit NFRAConvention.org.